‘We have gold because we cannot trust governments.’ – Herbert Hoover

‘Inflation is when you pay fifteen dollars for the ten-dollar haircut you used to get
for five dollars when you had hair.’ – Sam Ewing

‘Sorry Vern. I guess a more experienced shopper could have gotten more for your
seven cents.’ – Gordie, Stand By Me 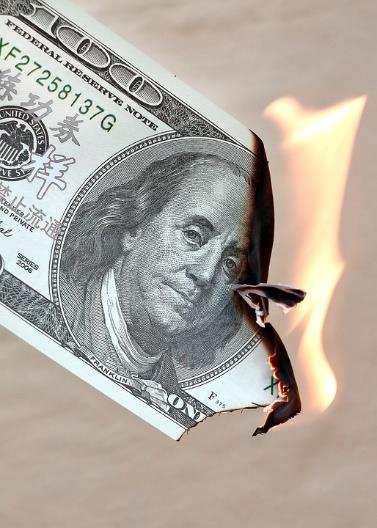 Inflation is a phenomenon that most finance professionals have not needed to deal with in their career-todate. It has in some ways become a conspiracy theory, purported by crackpot economists who are yet to accept that inflation is dead, no matter how hard monetary policy tries to revive it.

The second level is asset purchases (QE), made popular by Ben Bernanke post-GFC. A popular school of thought at the time was that QE had to be inflationary, but inflation has failed to materialise, leading to a more modern, more dangerous school of thought that QE is in fact not inflationary; money printer goes brrr, stocks go up, inflation stays low – into perpetuity.

However, in order for QE to be inflationary, it must first increase the money supply. This might seem an obvious point as ‘that’s what QE does, right?’

The difference with the QE of the western world post-GFC, and Japan long before that, is that they did not increase the money supply, and therefore were not inflationary. In the aftermath of the GFC, QE was mostly just central banks interacting with commercial banks, this is in effect just an asset swap and has little effect on broad money supply. In order to increase broad money supply, purchases of longer-dated assets are required from non-banks in order to credit bank deposit liabilities i.e. create money.

The GFC was also a huge deflationary shock to the system as the combination of house and asset price falls caused US household net worth to fall off a cliff, and not fully recover for years. The Fed’s increase in its balance sheet in the proceeding years did not even actually offset this loss in net worth to the population. There was no significant money creation, and asset price inflation rather than any consumer price inflation was the result.

So what is different this time?

3. Direct injections of capital into the economy (MMT/Helicopter Money)

This time the Fed and US Government have come together in monetary and fiscal union, and the money is getting to the real economy:

$1,200 direct into bank accounts, unemployment benefit raised by $600 pw – meaning that 80% of the newly unemployed are earning more than when they worked, PPP loans, large corporate bailout packages, the Fed stabilising the junk bond market etc – more stimulus has been provided in three months than in the six years post-GFC, and there is another $2.5trn to come before the election.

Personal income in the US was up YOY through April and May, and asset prices have recovered quickly. There has not been such a loss to net worth, and when added to the fact that monetary and fiscal stimulus dwarfs what we have seen in any prior peacetime period means money supply is increasing, fast.

Neo-Keynesian economists would argue that this increase is still not inflationary with an output gap, there needs to be cost push-from wages, which looks unlikely given employment conditions. One might be forgiven for assuming that the bond market must be exclusively populated by neo-Keynesians, given where yields are trading currently.

Monetarists, on the other hand, see inflation in terms of how much the growth in money supply exceeds the growth in the real level of GDP, in other words whether more money is being created to chase a fairly fixed, or at least slow and linearly growing, amount of goods.

There is now 23% growth in the money supply concurrent with a short term drop in CPI, one is likely to have to give. It should be noted that it is relatively easier to raise prices than to get rid of money, which would require Quantitative Tightening (highly unlikely), or a loan loss collapse larger than 2008.

Is this what is driving gold higher?

Gold does serve as an inflation hedge, but it is slightly more nuanced than that; the gold price is closely linked to real yields in the sense that real yields are an opportunity cost to holding gold, normally.

Into the 2020s huge deficits have been carried, and the Fed have made it very clear that rates are being held at zero for the foreseeable future. The usual opportunity cost of holding gold as an inflation hedge could turn out to be just an opportunity if inflation ticks up and real yields fall further into negative territory. Gold could well have further to run.